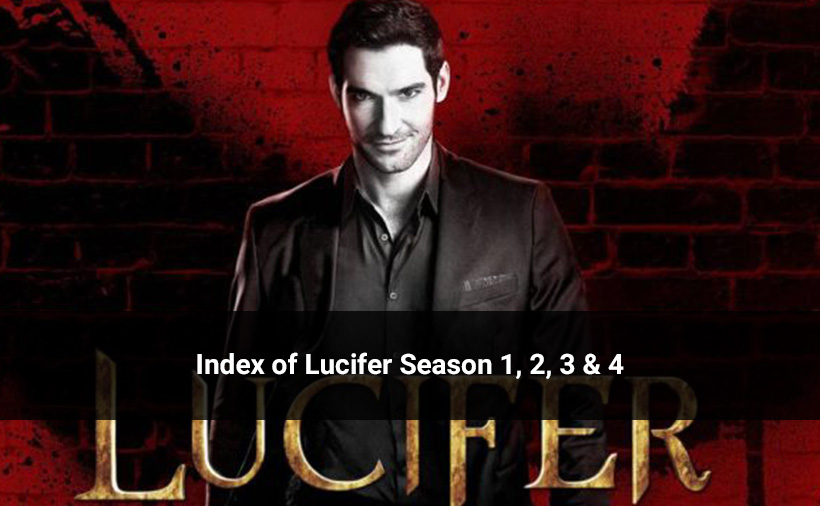 With so many original shows and unique concept, Netflix has been a trending OTT platform among youth. One of the popular show available on the platform is Lucifer that you must watch if you are a fan of supernatural drama web series. Currently, the trailer of Lucifer Season 5 is streaming online, and the show will be premiered on 21st August Worldwide. The series got so many positive reviews from the critics, and if you haven’t watched it yet, you must check out the Index of Lucifer Season 1, 2, 3 & 4 with season recap before heading to Season 5. 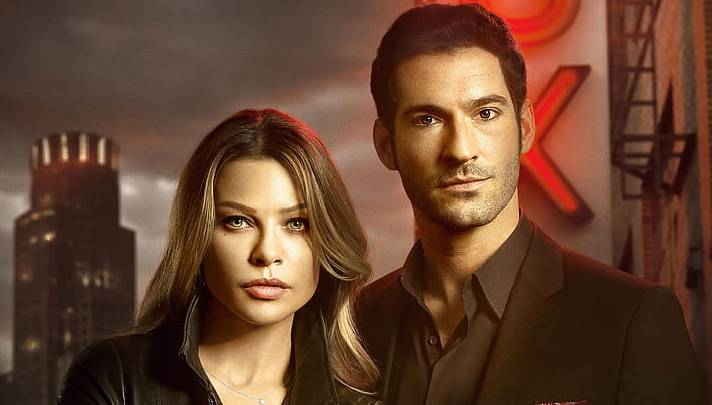 With four seasons currently streaming on the platform, Lucifer is one of the best Supernatural Crime Drama web series available on Netflix, that revolves around the Lord of Hell “Lucifer MorningStar.” Based on DC Comics “The Sandman” the show depicts the good side of Devil from which people are unaware and how he finds his first love on the Earth. 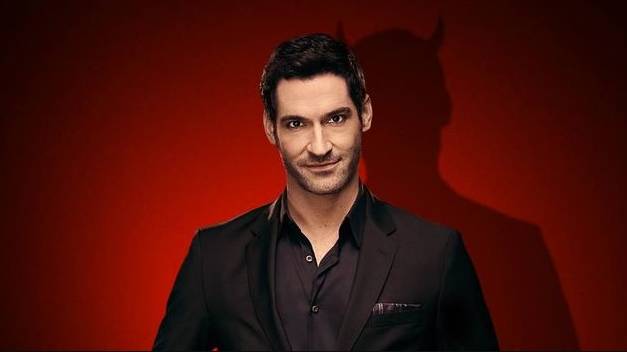 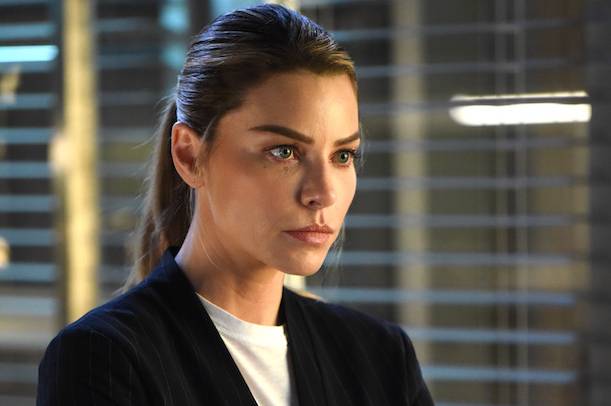 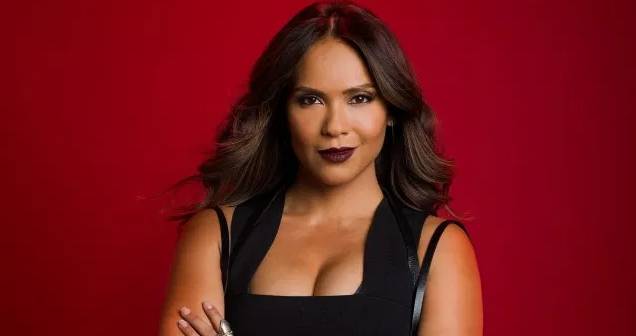 Lesley-Ann Brandt as Mazikeen or Maze 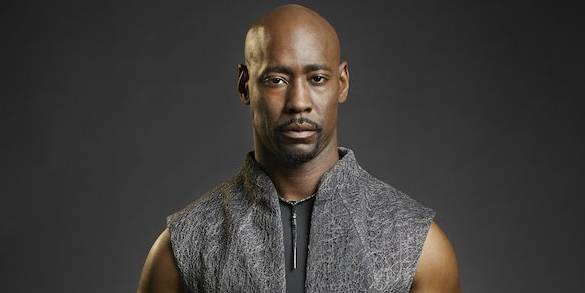 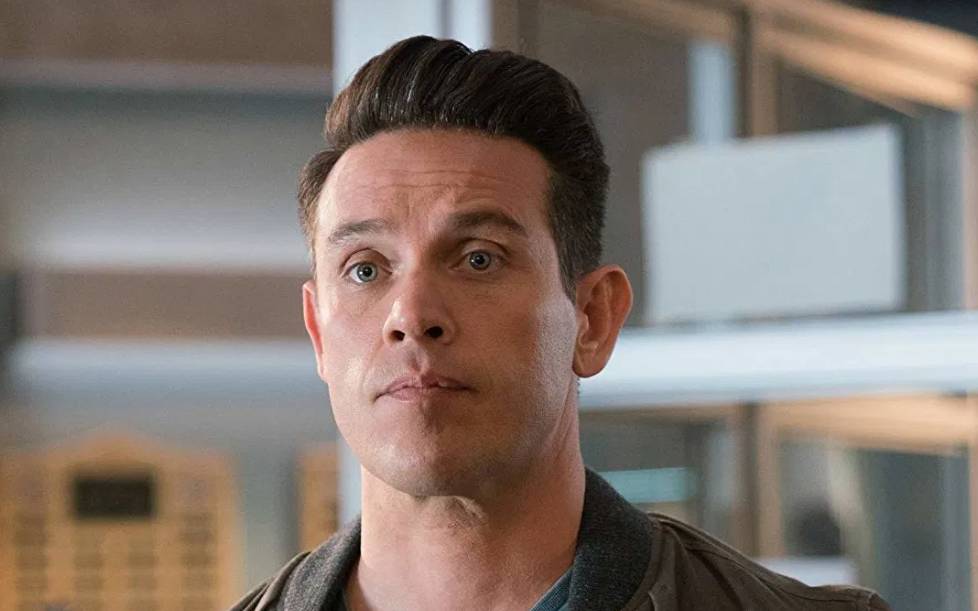 Kevin Alejandro as Daniel or Dan 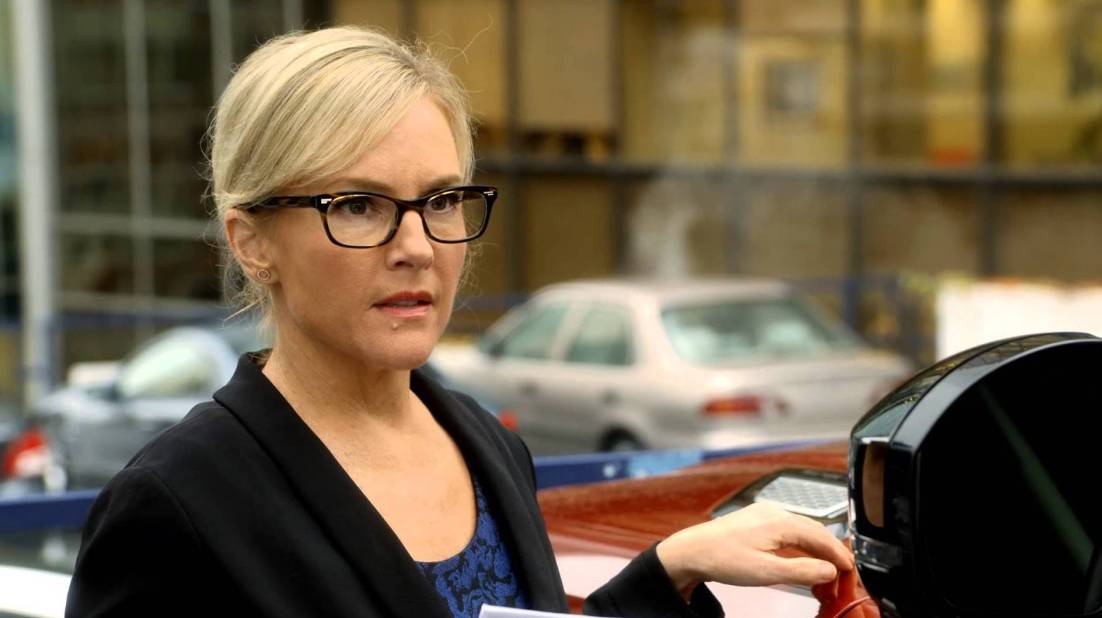 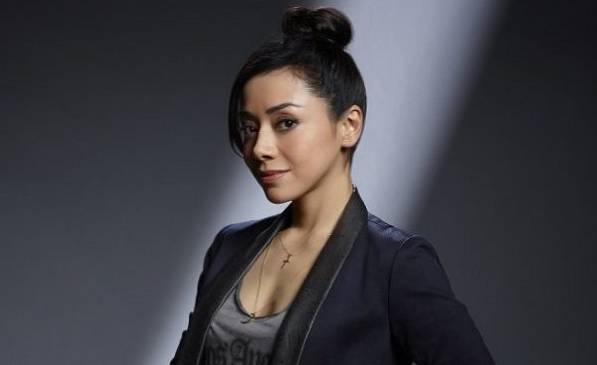 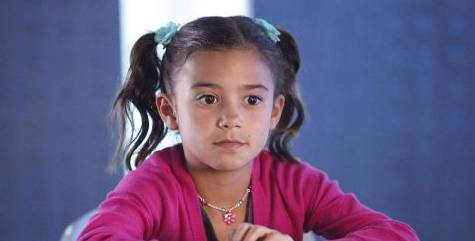 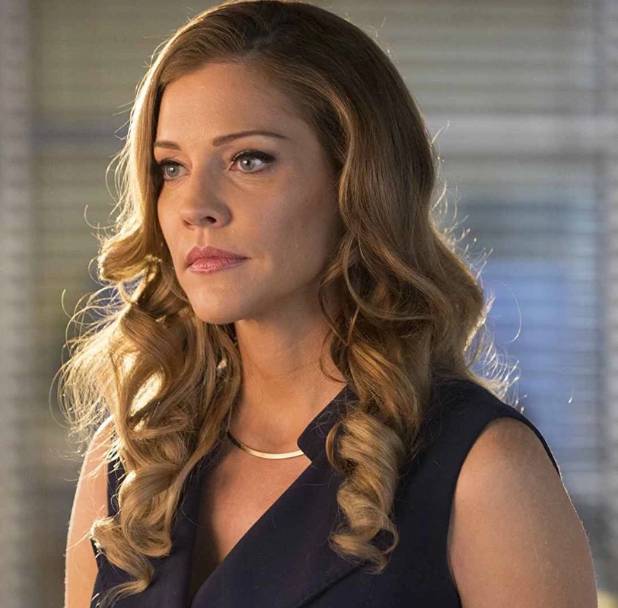 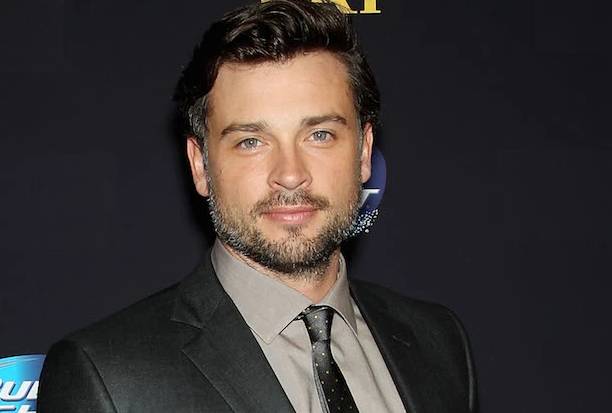 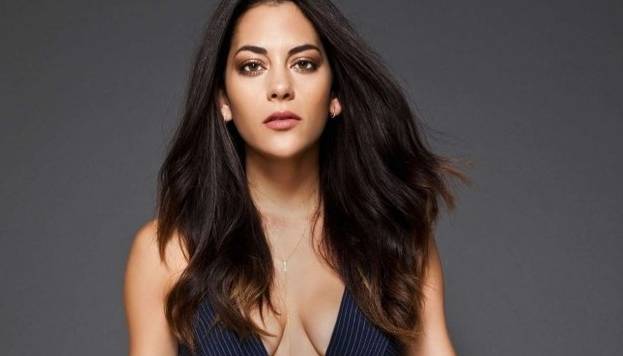 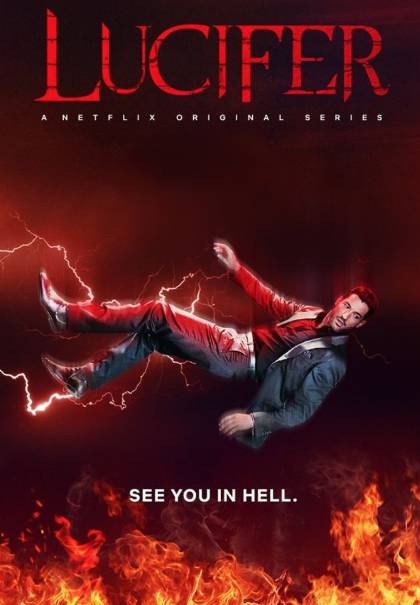 Season Recap: Angry with being a Lord of Hell and his father’s decision of making him Devil, Lucifer decides to leave the Hell and thus lands in Los Angeles to live a happening life. Along with his Demon Mazikeen/Maze (as a bartender), he runs a nightclub known as LUX in LA. This is where he meets the love of his life Detective Chloe Decker for the first time on a murder investigation of Lucifer’s friend & popular Singer Delilah. While investigating the case, Lucifer and Chloe form an unusual yet fascinating bond with each other, and Lucifer gets more curious about the detective as she is immune to his supernatural powers.

To keep himself close to the detective, Lucifer manipulates LAPD to hire him as a Civilian Consultant. The bond gets stronger when Lucifer saves Chloe’s life after a murderer shot her, which reveals that a lot more is going to happen between a Devil and a Detective. To understand his emotions and life, Lucifer takes the help of his therapist, Linda. But the biggest shock comes when Lucifer learns that despite being an Immortal, he can be hurt in the presence of Chloe as she makes him weak (the reason behind it is still not apparent).

The closeness of Lucifer and Chloe bothers Maze who is the most trusted follower and protector of Lucifer, and she agrees to help Amenadiel (Angel & Big Brother of Lucifer) to send Lucifer back to Hell. Amenadiel steals Lucifer’s wings (which he removed when landed on Earth) to make him angry, so he left the Earth, but Lucifer learns about it and destroys them. Later, Amenadiel saves Malcolm (an LAPD officer and suspect of Chloe’s most crucial case) from death and ask him to kill Lucifer.

Malcolm attacks on Amenadiel (but Maze saves his life from Lucifer’s wings feather) and shoots Lucifer in the presence of Chloe which makes him mortal and when in Hell, he learns that his mother who was in Hell from centuries has escaped. Lucifer’s father granted him life again so he can find his mother and send her back to Hell. But will Lucifer able to find her? Will Chloe understand why Lucifer is still alive after being shot? 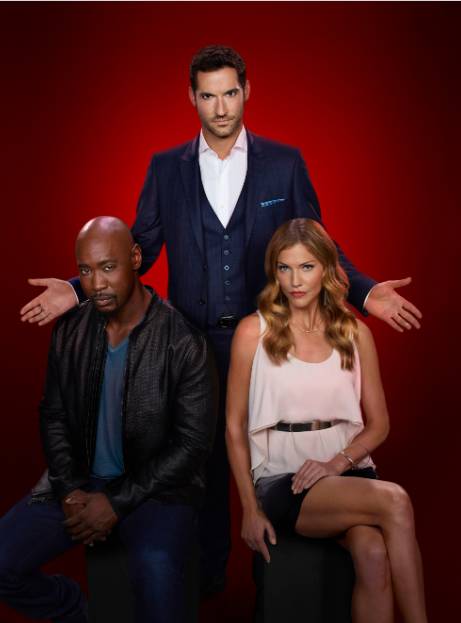 Season Recap: Lucifer and Amenadiel start searching their mother on Earth and at the same time in an investigation, Lucifer learns that Charlotte Richards (famous criminal lawyer and victim of that investigation) has their Mom’s soul in her body. Lucifer asks Amenadiel to take her back to Hell but he has lost his wings and powers after that accident in which Maze saved his life. Meanwhile, Chloe’s ex-husband Dan starts feeling for New Charlotte (Lucifer’s Mom).

Lucifer’s Mom convinced him to let her be on Earth with them as she loves her children and Lucifer encountered his Dad in other suspect’s body. Charlotte and Amenadiel learn that Chloe is special as God asked him to fortune Chloe’s mother with a baby (so she is the special creation of God, and that could be the reason behind Lucifer’s mortality in her presence). Charlotte thinks that Chloe might help her to return to Heaven with her kids and thus tries to bring Lucifer & Chloe closer.

Lucifer’s youngest brother Uriel arrives on Earth to take Mom back to Hell; otherwise, he will take Chloe with him. To protect both her mother and Chloe, Lucifer kills him using Azriel Blade. Later when Lucifer learns about Chloe’s creation, he thinks that his Dad is using Chloe to manipulate him to return to Hell and when he confronted her for it, she is already being poisoned by a culprit.

With the help of his mom, Lucifer saves her life and to keep her away from him and the danger, he brings Candy as his wife. Lucifer’s mom learns that Azriel’s blade is actually a part of Flaming Sword, which can help her and both sons to fight with God so they can live happily in Heaven. They find the other parts of the swords (out of one is Amenadiel’s locket). Amenadiel learns that his father was right whole time and he must not fight with him, so he refuses to help his mother.

But their mom cannot be on Earth for a long time as her powers keep enhancing, so she asks Lucifer to help her or she will kill his love, Chloe. Lucifer controls the situation by sending her in the parallel universe instead of Hell, and the original Charlotte comes back to life.

Interesting: The Conjuring 3: The Devil Made Me Do It 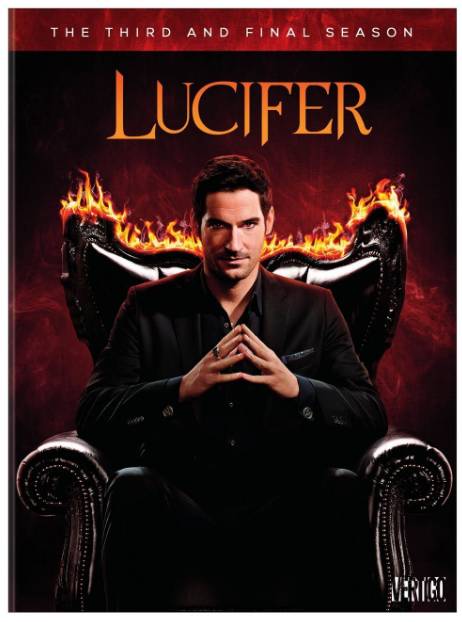 Season Recap: The season begins with the biggest shock Lucifer gets when he wakes up in an alone desert having his wings placed again on his back. Not only this, but he also loses his devil face. He thinks his father is punishing him for not sending his mom back to Hell and tries to find the person who did this for his father. In LAPD, new Lieutenant Marcus Pierce appointed. During his investigation, Lucifer learns that a mysterious killer Sinnerman is responsible for his condition and finds him. But before Sinnerman could reveal something, Marcus shot him and Lucifer understand that Sinnerman was not working alone in it.

On the other hand, Amenadiel and Linda get closer to each other, but since Amenadiel was the ex of Maze, they decide to keep their relationship secret, and this destroys their friendship with Maze. Charlotte tries to find answers of her past few months and takes the help of Lucifer, Amenadiel and Linda. She started working with LAPD to find criminals, so she doesn’t have to go hell again after her death. She and Dan become closer. Lucifer learns that Marcus is behind all this and his real identity is Cain (the first killer of the earth who got cursed by God to be Immortal after killing his brother). Lucifer helps him to find the cure of his curse to take revenge from his father but is of no use.

Marcus learns that only Chloe can be a way to remove his curse, so he let her fall in love with himself. Maze asks Lucifer to take her back to the Hell back he refuses as he doesn’t want to lose her. She gets angry and gets ready to help Marcus. Marcus cursed get removed, and he proposed Chloe to get married, and she said yes. But Lucifer makes her realize that she loves him and not Marcus. Marcus tries to kill Amenadiel to get his curse back, but Charlotte saves him by giving her life. Amenadiel gets his wings back, and he takes her to Heaven.

Chloe and Lucifer learn that Marcus killed Charlotte and when they confronted him, his men attacks Chloe. Lucifer saves her using his wings and kills Marcus. Chloe learns about his devil face and gets shocked after witnessing it. 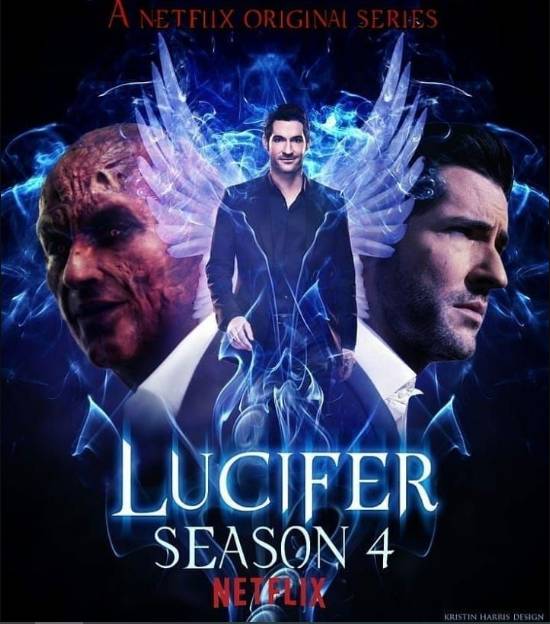 Season Recap: After watching Lucifer’s Devil face, Chloe with her daughter leaves LA for a month and reaches Rome, where she meets Father Kinley. Kinley convinces her that Lucifer is the dangerous Devil and harmful for humankind. He asked her to send him back to hell for infinite time using special water, as it will be best for both Lucifer and the Earth. To send Lucifer back to Hell, Chloe comes back to LA and shows that she is fine with Lucifer’s real identity. Soon, she realises that Lucifer is not a bad devil and she refuses Kinley to send Lucifer back to the hell. Kinley then uses Lucifer against Chloe and reveals him about Chloe’s plan to send him back to hell.

Lucifer feels betrayed after learning the truth, and Chloe tells him that his devil face scares him. Lucifer’s-ex Eve from the Heaven lands on the Earth to be with him again. Amenadiel again comes on earth and learns that Linda is pregnant with his child. Eve accepts Lucifer with his devil face, and both get closer, which bothers Chloe.

To keep him away from Chloe, Eve starts getting involved in his professional life, and Lucifer dumps her. Chloe realises that she loves Lucifer and ready to accept him with his devil face. Linda gives birth to a child named Santorini (who is half angel and half-human). Eve brings Demons from the hell to convince Lucifer to return back to hell, but Lucifer refuses them. The demons kidnap Child Santorini to make his new king of Hell by using that special water but Team Lucifer (Lucifer, Maze, Amenadiel and Eve) saves the child. Chloe confesses to Lucifer that she is ready to accept him with his devil face. Lucifer comes in his Devil avatar to send demons back to hell.

Chloe and Lucifer confess their love to each other, and Lucifer learns that Chloe was her first love from the beginning. To keep his love and humans safe from Demons, Lucifer decides to go back to Hell again forever and leaves her standing there.

FAQs Related To Index Of Lucifer & Release Of Season 5

1. When Will Season 5 Of Lucifer Be On Netflix?

2. How Many Episodes Will Be There In Lucifer Season 5?

Initially, the makers were planning to release Lucifer Season 5 with a total of 10 episodes. But now, as per the officials, Lucifer season 5 will have 16 episodes total, which will be split into two parts. Lucifer Season 5 Part 1 will be comprised of 8 episodes and same goes for Part 2.

3. Is It Possible To Download All Seasons Of Lucifer On Netflix?

4. Where To Find Index Of Lucifer And Quick Recap Of Its All Seasons?

For your ease, we have mentioned the Index of Lucifer with a quick recap of all seasons in this article. Please refer it before watching the upcoming Lucifer Season 5.

Index of Lucifer Season 1, 2, 3 & 4 with their quick recap in this article contains the official links which are ethical and for entertainment purpose only. To Binge-Watch all the seasons & episodes of Lucifer, you can take subscription or free monthly trial of Netflix App. Also, you can watch Lucifer Season 5 official trailer here: