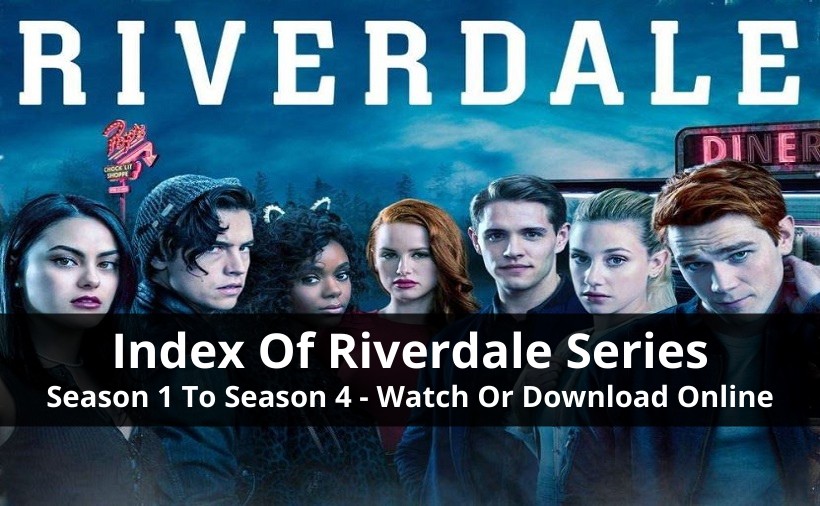 If you’ve not started binging Riverdale yet, why not start it? The series adaptation of the Archieverse comic is probably the hotshot, most sought after series since the past couple of years! And the best part is, the casting directors have not only handpicked the best actors, but they are surprisingly similar-looking to the ones in the comic!

Riverdale series entails an entire plot of family-drama, mysterious dark secrets, love triangles and of course, murder. While murder-mysteries are certainly not something we grew up solving, we did find it difficult to fit in back in high school.

All of us have been there, or maybe, are there; in the exact situation. These characters help you accept and love yourself, just the way you are. They eradicate the ever-existing need of trying to fit in; they show how all of us are born to stand out.

Produced by Warner Bros Television and CBS Television Studios, this one’s going to have you at the edge of your seat. Here’s a recap of all the four seasons and their index, to help you folks prepare for season 5! 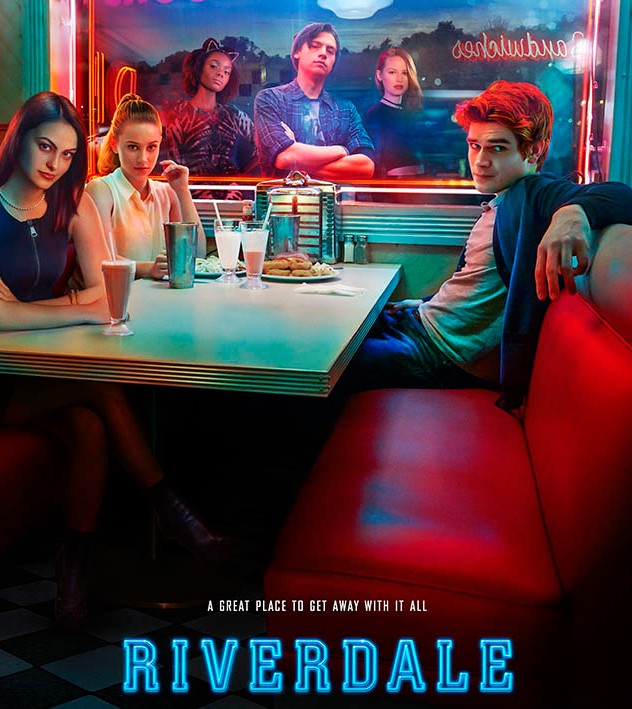 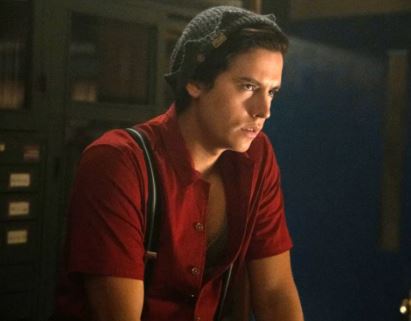 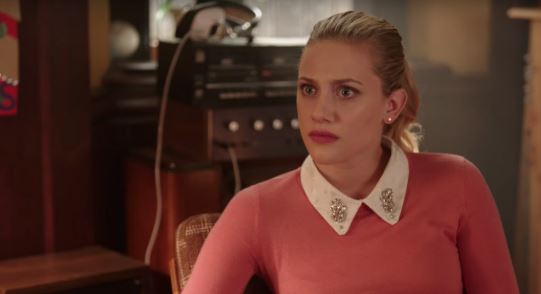 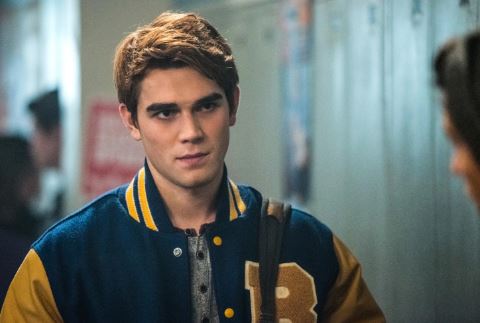 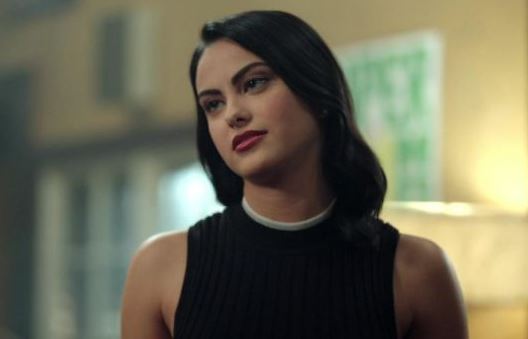 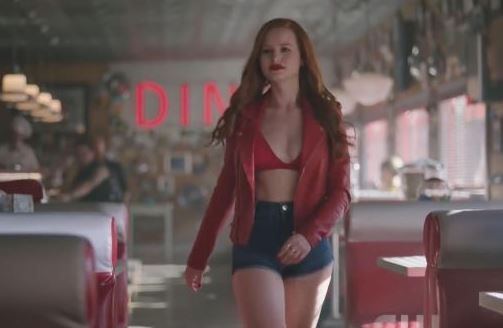 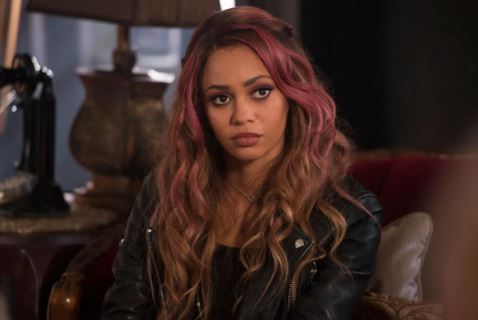 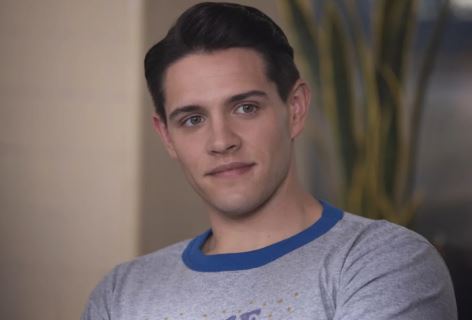 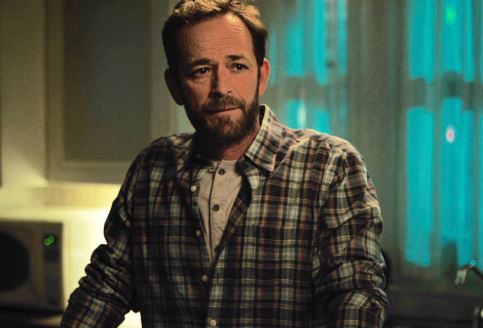 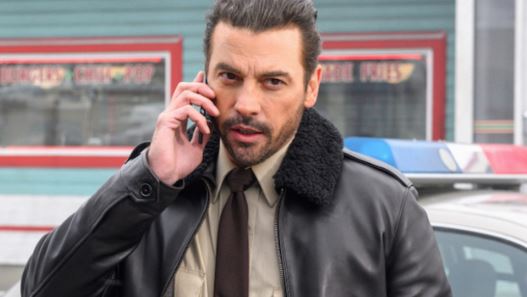 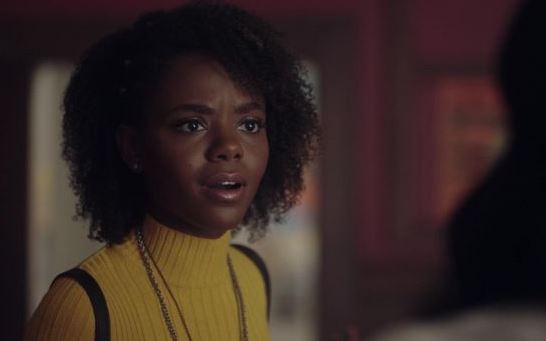 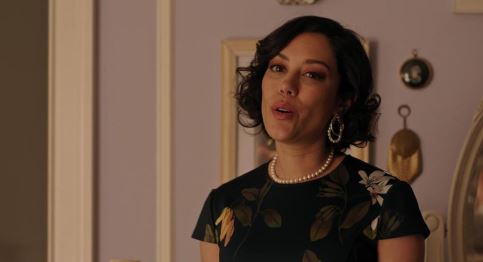 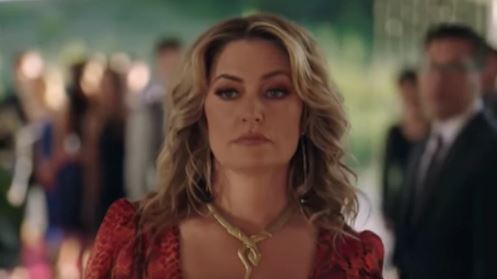 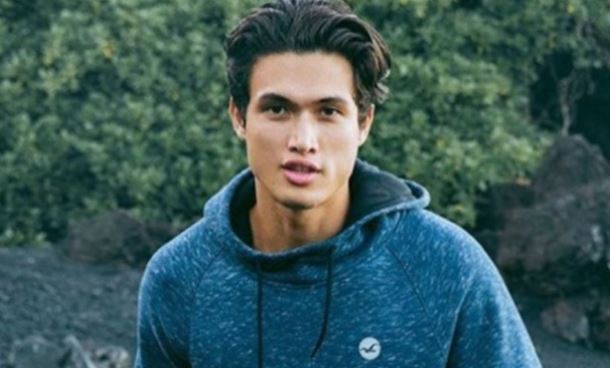 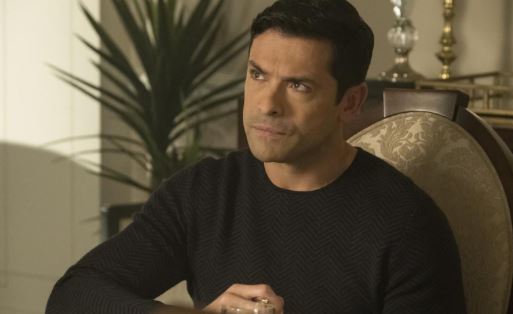 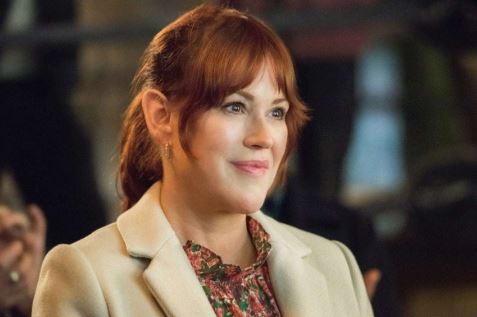 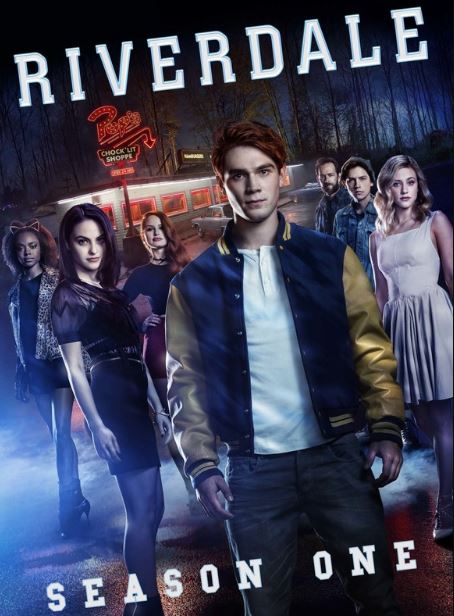 Season Recap: The season starts and we are introduced to four main characters Archie Andrews, Betty Cooper, Veronica Lodge and Jughead Jones. Archie is the school’s hotshot hunk, pursuing his passion for music even after being amazingly athletic.

Veronica, the former ruthless queen bee of New York is now trying to turn over a new life after her father’s imprisonment. Jughead Jones is the ‘lonely boy’ the kid in school who’s not noticed but has the most potential. And Betty, the good girl next door who goes bad to seek revenge.

Archie is seen to date a ton of girls, with Betty secretly nurturing a crush on him. However, when she confesses, he admits to having been dating his music teacher, Miss Grundy. When Miss Grundy is sent away, Archie dates Josie and Valerie, who was a member of the Pussycats band. In the end, we see him dating Veronica.

On the other hand, Jughead and Betty brainstorm together to solve the mystery of Jason Blossom’s murder, which brings them close. Ultimately, they get into a relationship, however, Jughead joins his father’s gang. This leaves Betty questioning their relationship altogether, in the end.

In the finale, we see a masked man break into Pop’s and shoot Archie’s father, Fred. Meanwhile, Veronica’s mom revealed that her criminal father, Hiram, is being released from jail. This puts us all in suspicion whether Hiram was behind Fred’s murder because he singlehandedly ruined Fred’s construction business from behind bars.

Also, Cheryl finds out that her father killed her brother after Jason found out that he dealt in drugs. She responds violently by burning the Blossom mansion down and taking full control of the family affairs. 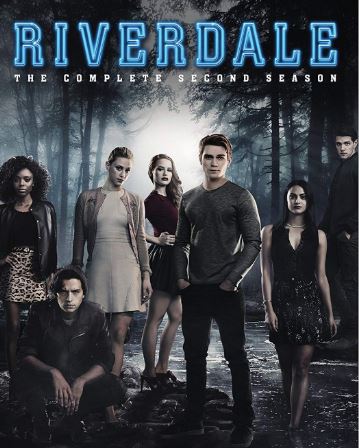 Season Recap: The whole season tends to revolve around Black Hood, and it picks up right where it stopped Fred getting shot. The friends rush Fred to a hospital, and thankfully, he regains his senses. We learn, as the season proceeds, that Black Hood was Mr Svenson. However, by the middle of the season, he was shot dead by Sheriff Keller.

From here, a series of deaths start occurring including that of Midge Klump. We eventually learn that Hal Cooper was behind it all, and see him in prison by the end of the season. Also, Chic who was missing in action for ages returns to the Cooper family.

He reconnects with them all, but when he refuses to go for a DNA test, Betty finds it fishy. She digs the case on her own and learns that it wasn’t the real Chic. Chich finally confesses that he is Charles, Chic’s friend.

On the other hand, Cheryl’s mom signs Cheryl up for the Sisters of Quiet Mercy. Here, she’s forced to go through a gay conversion therapy until she is recused from it all. She also starts dating Toni, whom fans popularly shipped as “Choni”.

Chery cuts ties off with her family and becomes a Southside Serpent. Hiram establishes control over Riverdale, and Betty comes home to her mother and Chic wiping off a body. A murder, that the Cooper family is trying to hide. 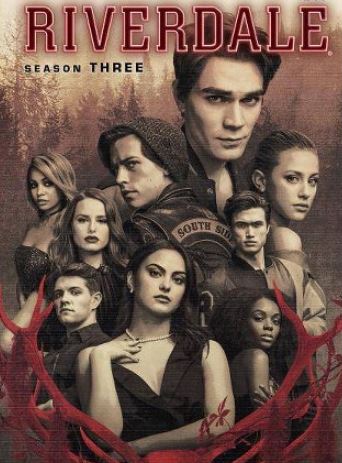 Season Recap: Apart from Veronica’s new Speakeasy, Archie’s juvenile detention and Jughead and Betty’s work on the Farms season 4 wholly focused on Fred’s death. The Sisters of Quiet Mercy devised a twisted game to discipline the people, called Griffins and Gargoyles. It quickly turned into a game of murders and sins, causing about a ton of suicides and homicides around the city.

Another twist that we see in this season is that Betty’s mother joins the Farm. It was the same cult that we see her sister fleeing to in season 2 as well. The Cult took in almost half of the town with Edgar on the lead. His wife, Evelyn, was the one to steer the ship posing as a student all the way through.

It was soon revealed that the Farm killed the members and harvested their organs. They even took in the dead bodies and promised their near ones of communicating with them spiritually. In the end, Cheryl finds Jason’s body and brings him home too.

We also learn that Alice wasn’t in it, as perceived. She was rather an FBI agent trying to find out to unveil her son Charles’ death mystery. Betty used to visit Hal even though he awakened her dark side, but Hal manages to escape from prison. He joins forces with Penelope again but gets killed by Betty in the finale – with Penelope finishing him off.

Hiram and Hermione are seen constantly at war with each other while trying to rise to prominence in the town. Hiram had the juvenile detention centre and the Sisters of Quiet Mercy working for him. With the G&G obsession, everything worked to his advantage.

Hermione’s career as the mayor was short, as Hiram gets her arrested, accusing her of attempting to murder him. Jughead is still missing, and the group is seen burning his beloved beanie to ashes. 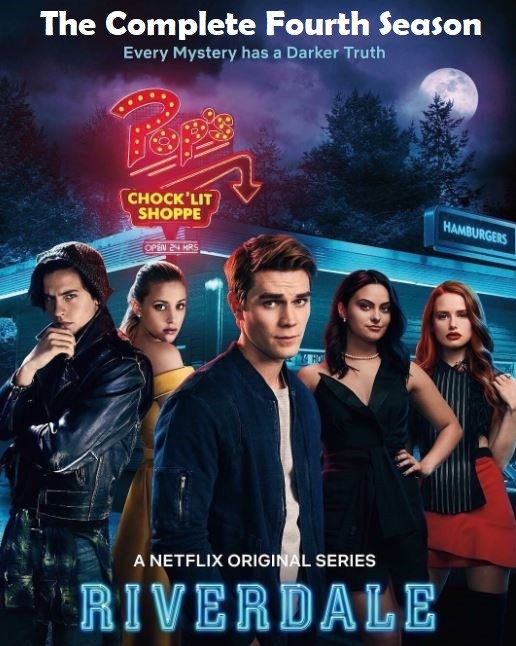 Season Recap: Betty and Archie’s feelings get rekindled in season 4 when they had to pretend to be a couple to convince everyone that Jughead died. However, both cheated on their partners when they shared a genuine kiss in the garage.

Both admitted to each other later that they couldn’t stop thinking about each other too. However, Archie and Betty thought it was best to put an end to whatever it was, instead of confessing it to their partners. Then Archie tells his mother that he wants to give the naval academy a shot something his mom wanted since the beginning.

Betty burns the childhood diaries of her memories of having a crush on Archie, to focus on Jughead. She and Jughead then join forces and are seen finding their way out to decode the murder mysteries. They help Charles decipher the weird tapes that the voyeur had been sending for a while now.

Most of the season we see Jughead narrating his story that he wrote. He was seen struggling to get into the University of Iowa, one with the best writing programs. He titles his works as “Killed Mr Honey,” and as usual, takes inspiration from his real-life murder mysteries. Betty and Jughead, in the end, come across another mysterious tape. They were masked men who looked similar to their friends, cornering a man who looked like Mr Honey and killing him.

Veronica and Cheryl’s business is seen to constantly run into problems, especially with Molloy Moonshine. It was another popular brand they had to compete but to no avail. As she was gradually running out of business, she turned to her father Hiram for money.

Cheryl confesses that she no longer wanted to partner with Veronica in her business, and thus chooses to opt-out. Veronica asks Hiram to lend her some bucks to buy Cheryl out of the business.

FAQs Regarding Index Of Riverdale (Season 1 To 4)

1. What Is Riverdale Series All About?

Netflix’s top series Riverdale is one of t crime and drama story you can watch. This post begins While investigating the tormented waters of conclusion, school and family, Archie and his pack become trapped in dull Riverdale insider facts. After the end of one of the rich and renowned Blossom twins on the fourth of July, the unassuming network of Riverdale catches the crime. everyone must watch all of the season episodes without missing.

2. Will There Be Riverdale Series Season 5?

Yes, As per a CW TV Network Official Twitter sources there will be Riverdale new season coming on TV in 2021. This is officially confirmed by the CW Network. said that Riverdale, made by Warner Bros Television and CBS Television Studios has definitively revived for Riverdale Season 5. It is in reports that Cole Sprouse who has played Jughead Jones in the course of action has recently made his exit and won’t return for the new season.

3. Is It Possible To Download All Riverdale Seasons Online?

4. Is Riverdale Series Worth Watching Now?

Yes. Riverdale series is definitely worth watching now in 2020. Riverdale is an American adolescent show TV plan subject to the characters by Archie Comics. It has the riddle contact to it else it is a certified high schooler sensation show about the association between the different characters of the series. we like it very much and suggest you watch online, else you will miss a golden TV show. In case you didn’t watch it already, then you must watch it because it has super crime and drama scenes and more.

Latest: Index of 13 Reasons Why season 1-4 [with cast & seasons recap]

The murder mystery series has everyone gushing and swooning over both the cast and the story. There’s so much to the series, with constant twists and amazing build-up of suspense, that you just can’t help yourself but get hooked. A thrill-packed series and one of the best of Archieverse comics, this one is sure to see you biting your nails!

Riverdale TV Series, along with its quick season recap, contains all the ethical & official links and is for entertainment purposes only. Our objective is to inform and bestow people with basic knowledge. we have only provided official links to stream or watch online. and We don’t claim any content that is shared on this platform as ours. after all, we are just providing the information that you need. We don’t encourage or promote piracy in any manner. We stand firmly against hacking, stealing, and whatever action associated with the crime. We firmly oppose and do not encourage any unethical acts or piracy in any manner. Always watch any kind of show or series online in an ethical way.