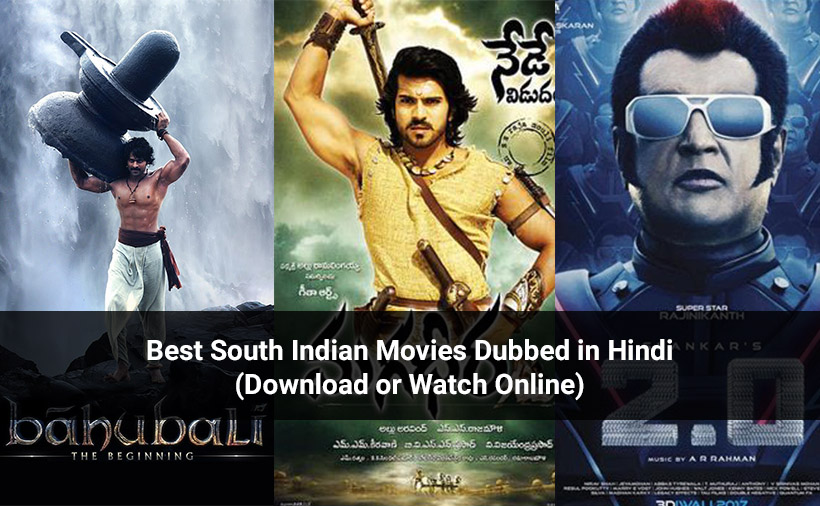 So, if you are looking for the best south Indian movies dubbed in Hindi to watch amid lockdown, here is the complete list of 25+ movies with their streaming and download availability.

So, are you ready to binge-watch? 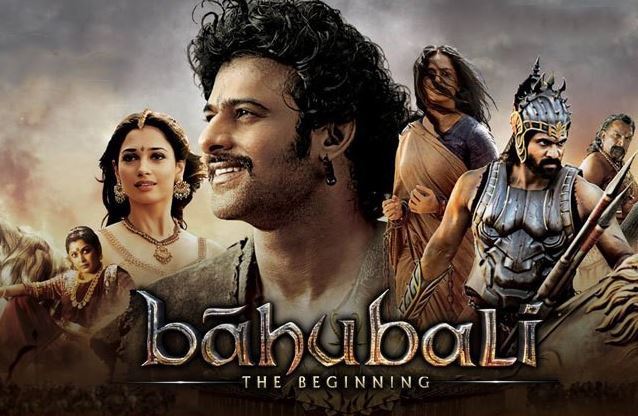 Written & Directed by S.S Rajamouli, Bahubali: The Beginning follows a tale of a daring and adventurous man, Shiva, the rightful heir of Mahishmati Kingdom. Unaware of this fact, Shiva gradually learns about his connection with the Mahishmati Kingdom & pledge to take his throne & mother back by defeating his powerful enemy. The movie was originally made in Tamil & Telugu and later dubbed in Hindi. 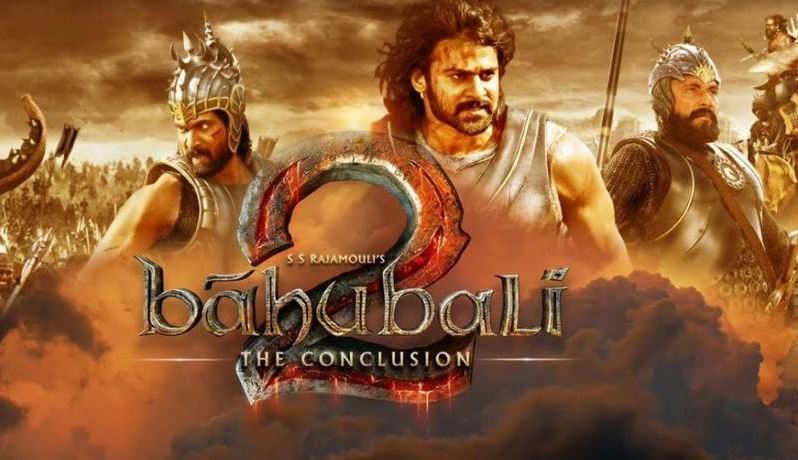 After learning about his heritage, Shiva starts looking for answers related to his birth & original family. The sequel reveals some unexpected facts & incidents that finally led to the ultimate battle for the throne of Mahishmati Kingdom. 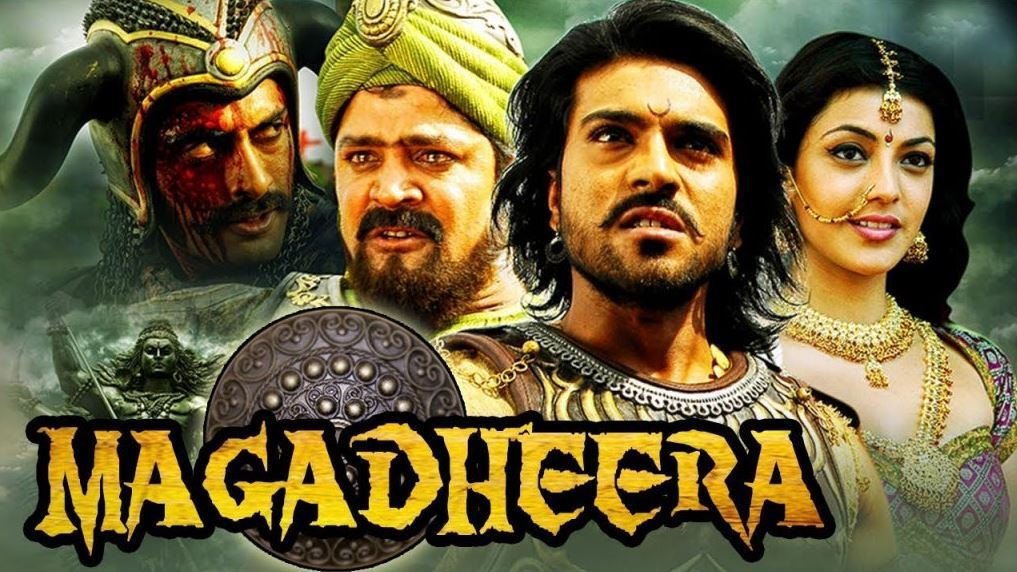 Tale of a Bike Racer Harsha, whose love & sinister enemy is following him from his previous life and how he reunites with his love by ending the tale that started 400 years ago. Created by S.S Rajamouli, it is one of the famous South Indian movie, which later recreated as The Great Warrior in Hindi. 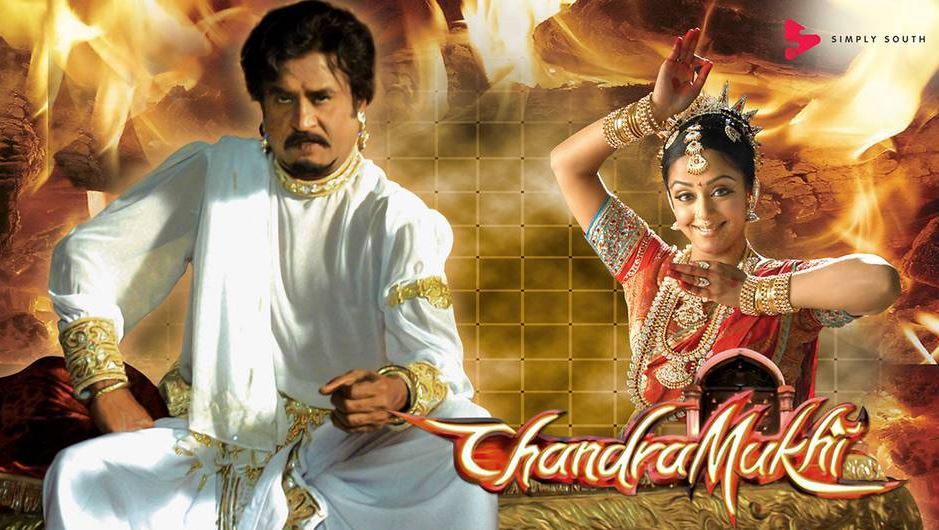 A horror-comedy tale revolves around an ancient ghost Chandramukhi, seeking revenge and her encounter with a psychiatrist Saravanan (Rajnikant) who wants to protect his family. Directed by P.Vasu, it is one of the famous South Indian Movie, later dubbed in various languages, including Hindi. 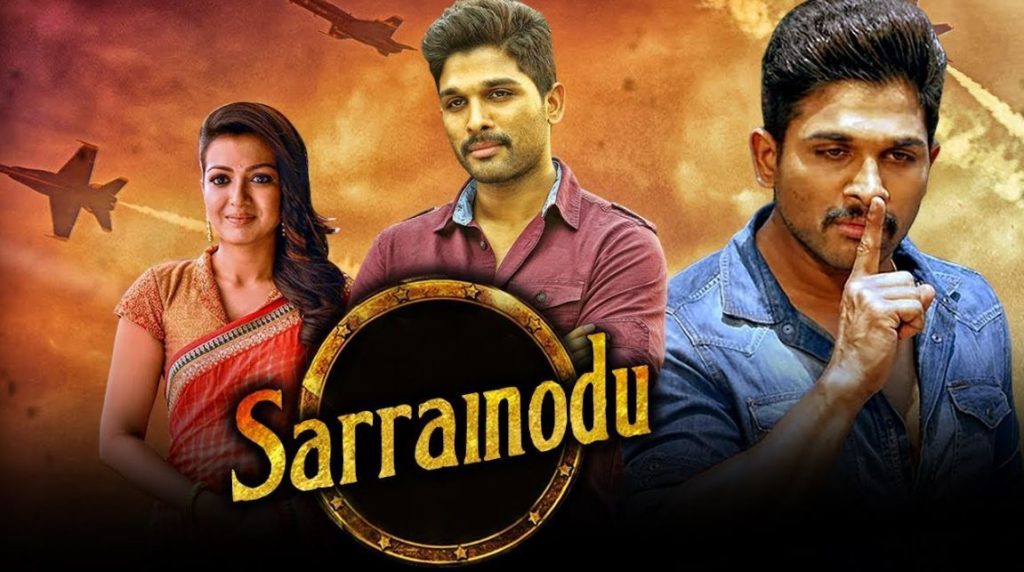 Sarrainodu revolves around an ex-military man Gana, who can’t tolerate injustice & beats criminals for their crimes. But he is unaware that this nature will lead him into some serious problems by an evil son of a politician. Will he be able to leave this path for her or choose justice over love after falling in love with a girl of his dreams?

Interesting: Is John Wick on Netflix? 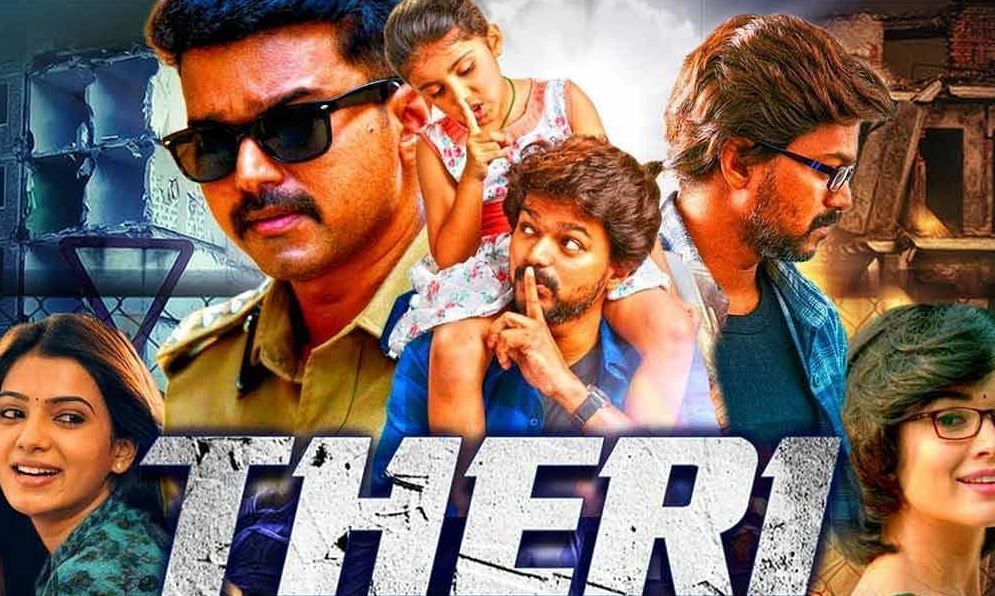 A tale of a brave DCP officer who is hiding his true identity for the sake of his daughter’s safety. But will he be able to keep calm when his old enemy attacks his daughter? To save her, he will pay all the price, and meanwhile, the old pages of his early life will open. Directly by Atlee Kumar, the movie is dubbed in Hindi after the massive popularity of its South Indian version. 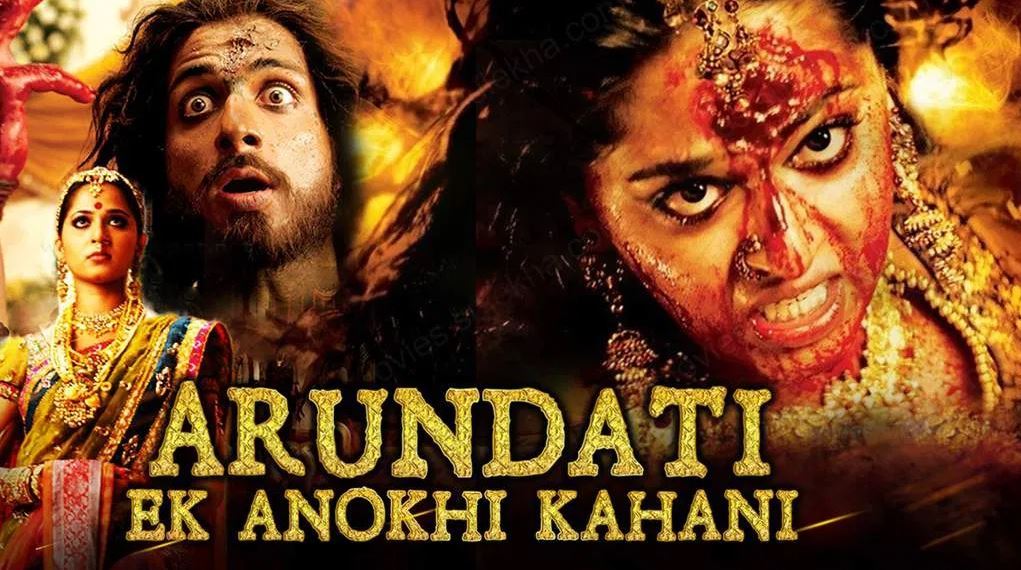 A horror-action tale revolves around the beautiful princess of Gadwal-Arundhati, who learns that she is the doppelganger of her great grandmother Jejamma. How will the reincarnation of her grandmother affect Arundhati’s life? Kodi Ramakrishna created the movie in the Telugu language initially and later dubbed in Hindi. 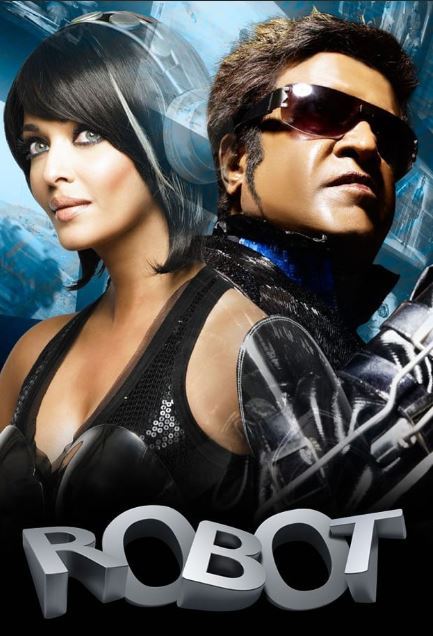 An original Telugu Sci-Fi movie, dubbed in Hindi as “Robot.” It revolves around a great scientist, Vaseegaran’s creation Chitti (a robot), whom he created for humankind’s benefit. But things take an unexpected turn when Chitti got human emotions and falls in love with his master’s girlfriend. Will Vaseegran able to control him after he switches sides. 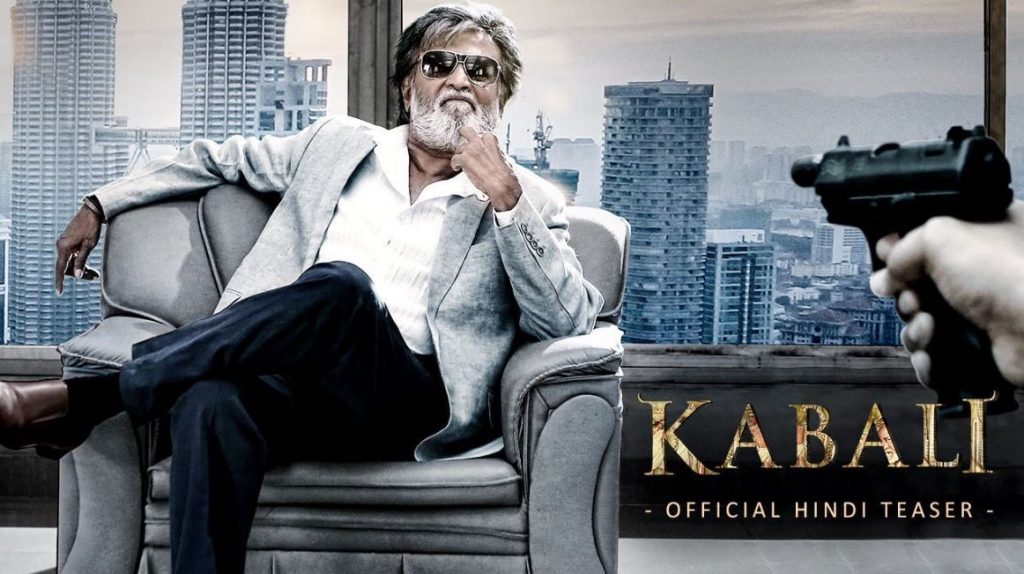 After serving 25 years in prison, gangster Kabali returns to seek revenge from those who destroyed his life and, meanwhile, learns what had happened with his family during the years when he was in jail. Will he able to meet his wife (Radhika Apte) after learning she is alive? 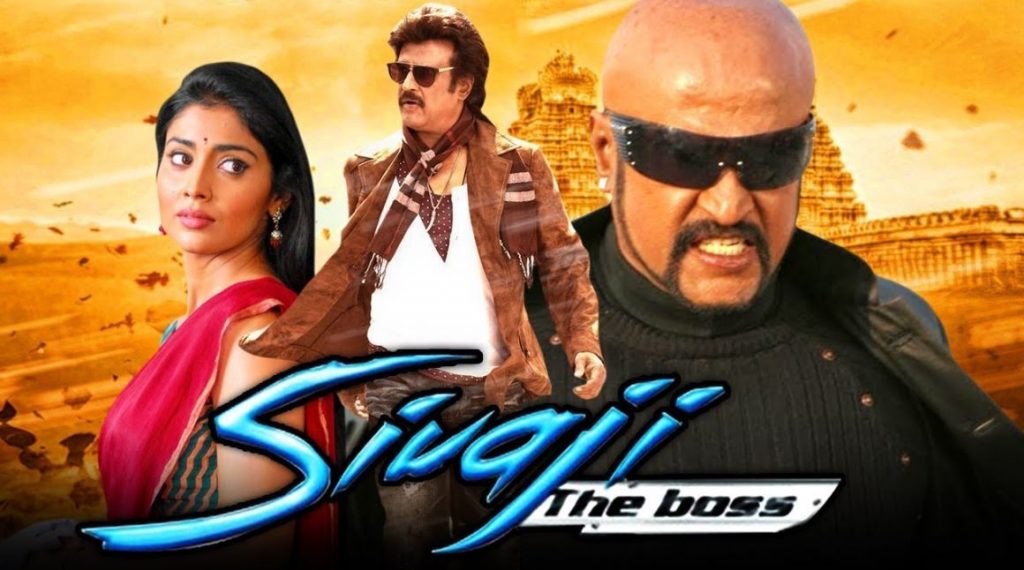 Sivaji- a well-established software system architect, returns to his homeland to serve the nation by investing in the country’s welfare. But he learns about the corrupt system & politicians who don’t like his honest working & try to stop him. Will he be able to finish the corruption? 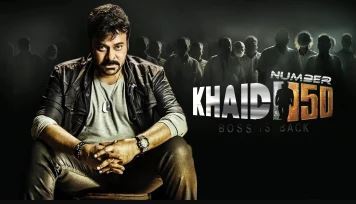 Kathi (Chiranjeevi), a petty criminal, and Khaidi no. 150 helps police officers to arrest dangerous criminals. One day, he himself escape from prison and fall in love with his childhood friend (Kajal Aggarwal). After meeting his doppelganger, he places Shankar in his place, but after learning about his noble mission, he helps him. 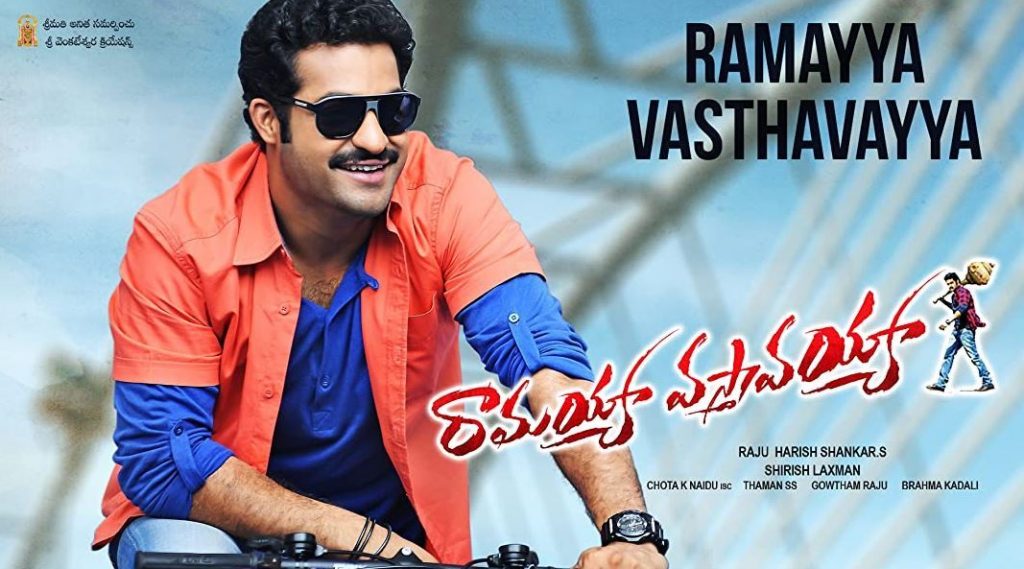 A young, happy-go-lucky guy, Nandu (N.T Rama Rao Jr.), falls in love with a beautiful girl Akarsha (Samantha), but only to take revenge from his family of his fiance’s murder. Will Harsha forgive him for that? 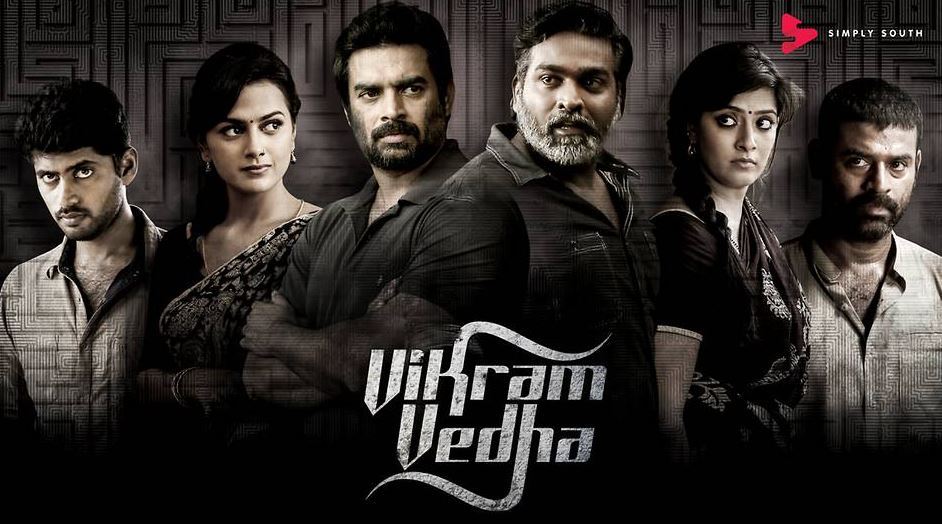 As the name indicates, the movie revolves around a disciplined police officer Vikram (Madhavan), who is on a hunt of a murderer and smuggler Vedha (Vijay Sethupathi), with his colleague. Things take an unexpected turn when Vedha surrenders himself to Vikram and shares his heart-wrenching life story with him, which influences Vikram’s life differently. 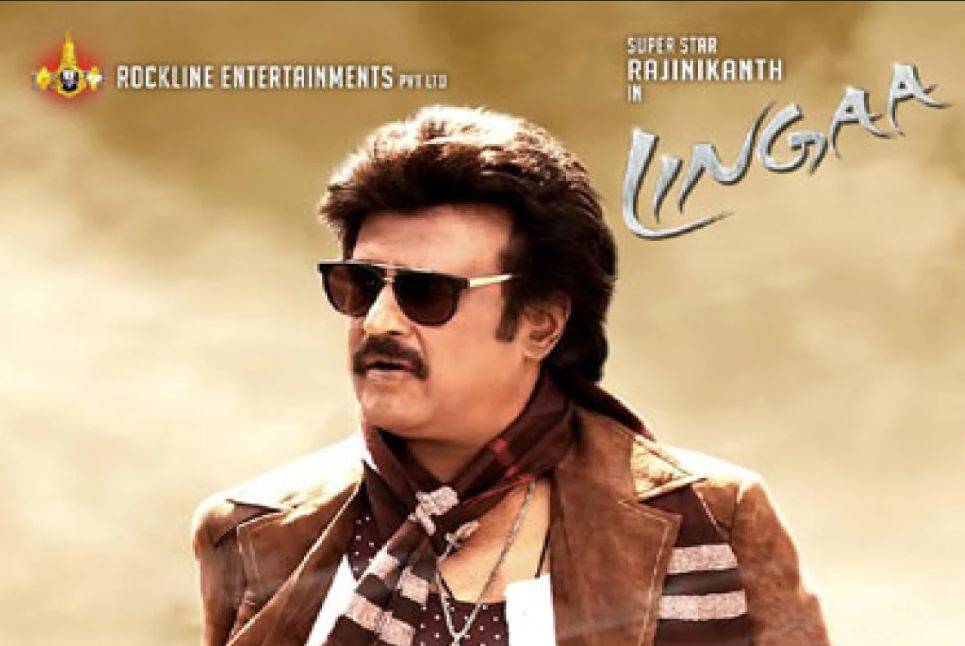 A trivial thief Lingaa (Rajnikant) transforms himself after learning his grandfather’s contribution to building a dam for villagers. He then lives the rest of life, saving it from corrupt politicians who wants to harm it. 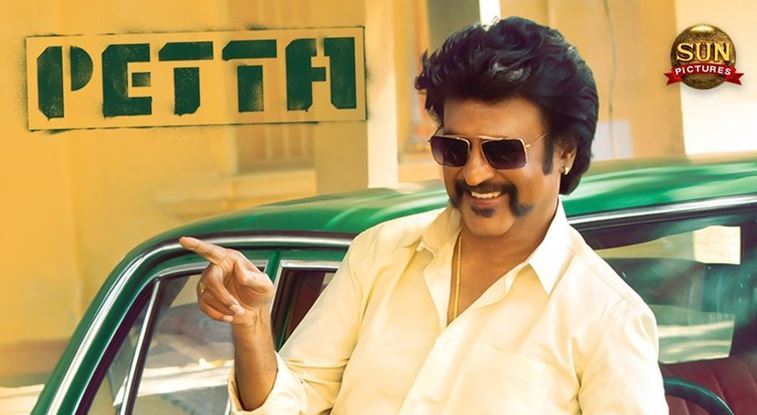 For everyone, Kaali is just a simple hostel warden & friend of Anwar, but everyone, including Anwar, is unaware of his real identity as Petta and his haunted past, which reveals after an encounter with dreaded gangsters. 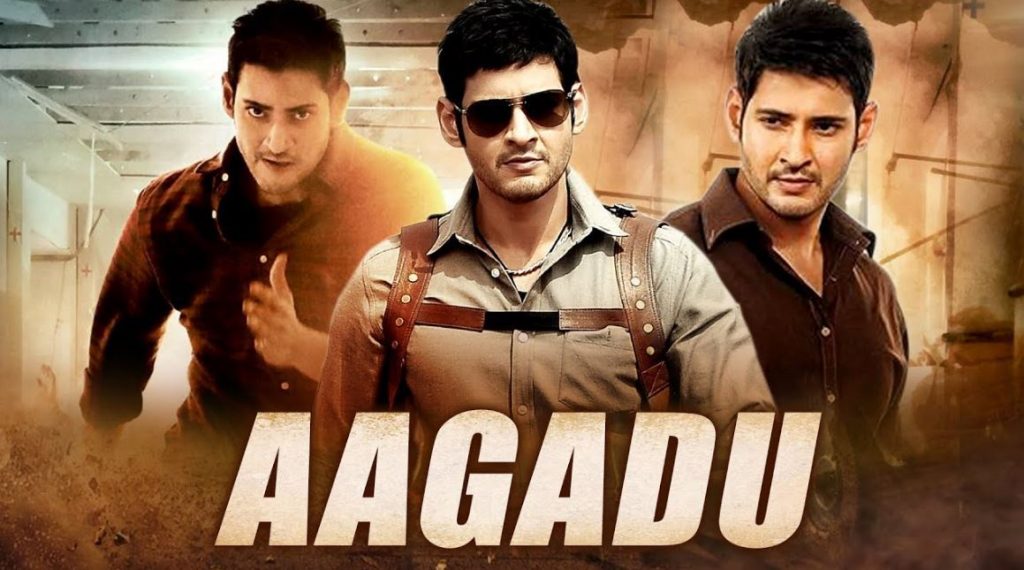 An encounter specialist officer Shankar (Mahesh Babu), is transferred to a village Bukkapatnam to stop the plans of power plant construction by local gangster Damodar (Sonu Sood). Things get dirty when Shankar learns Damodar killed his father and seeks revenge from him. 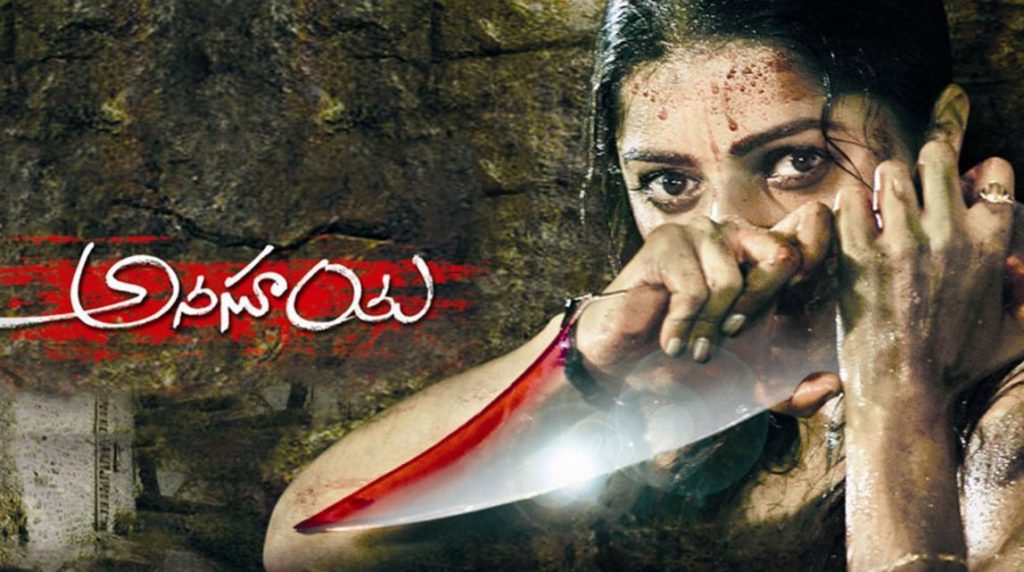 An entertaining crime-thriller movie revolves around a passionate young journalist Anasuya (Bhumika Chawla), who is on a mission to find the mysterious serial killer Govind (Ravi Babu). Who will win this ultimate cat and mouse battle? 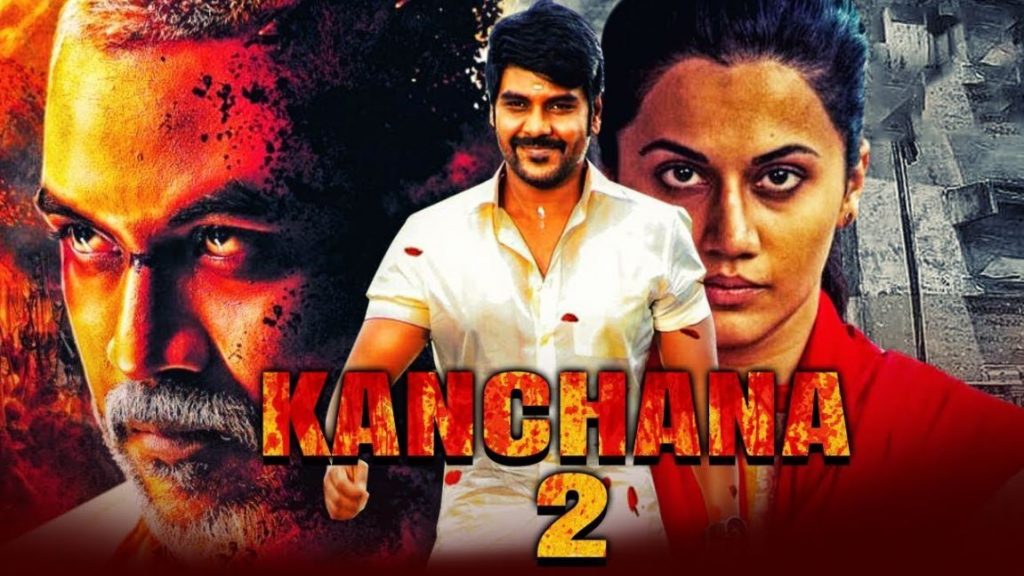 A ghost couple resides in a haunted house to seek revenge & haunts innocent people. Unaware of this fact, Raghava- a camera and his girlfriend Nandini (Tapsee Pannu) decides to shoot in that haunted house for their upcoming horror show on their channel (as its rating is going down). How will the ghost couple welcome them? 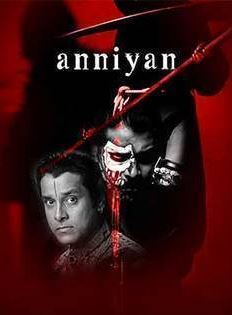 An action-thriller psychological movie revolves around an idealistic lawyer Vikram who has multiple personality disorder & possesses two identities: a fashion model Remo and a criminal Anniyan. He uses tips from Garuna Puraan to expose antisocial elements of society. 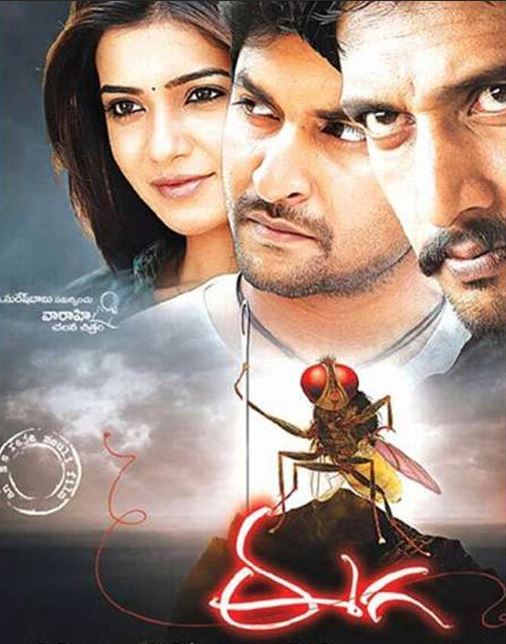 Bindu’s lover Nani killed by Sudeep, who wants to win Bindu. Nani reincarnates as a fly to seek revenge from Sudeep with the help of Bindu. Eega after being popular in South Indian cinema recreated as Makkhi in Hindi. 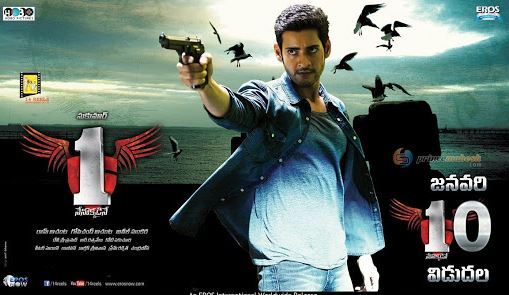 A psychological action thriller movie revolves around a rockstar Gautham, suffering from a mental disorder due to his past & parent’s death. He kills one of the imaginary man he feels responsible for his parent’s death and finds the other two culprits with the help of Journalist Sameera.

Available On: Disney Plus Hotstar 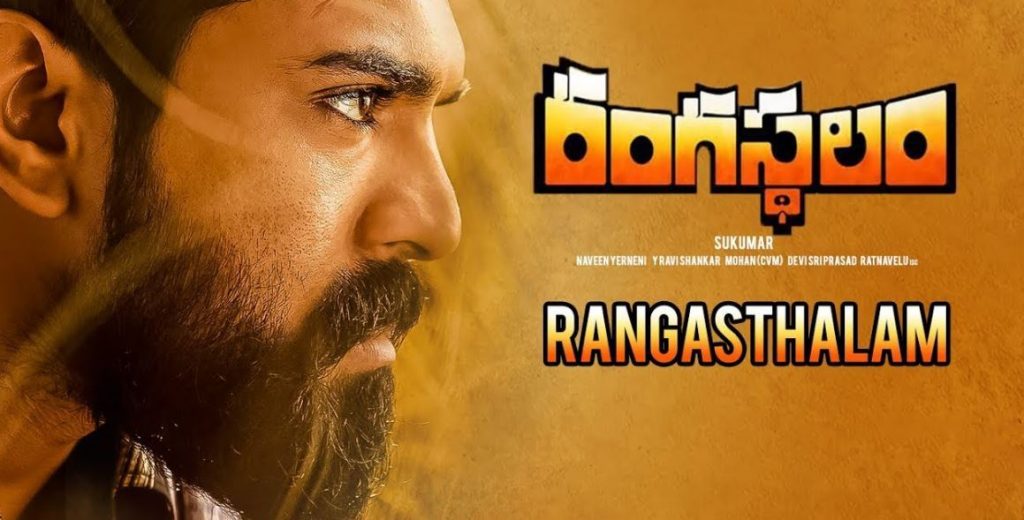 The movie revolves around two brothers, Chittibabu and Kumar babu, where the young brother has a hearing impairment and wants to protect his elder brother. Thus, they together decide to end the 30-year old regime of the village’s president. 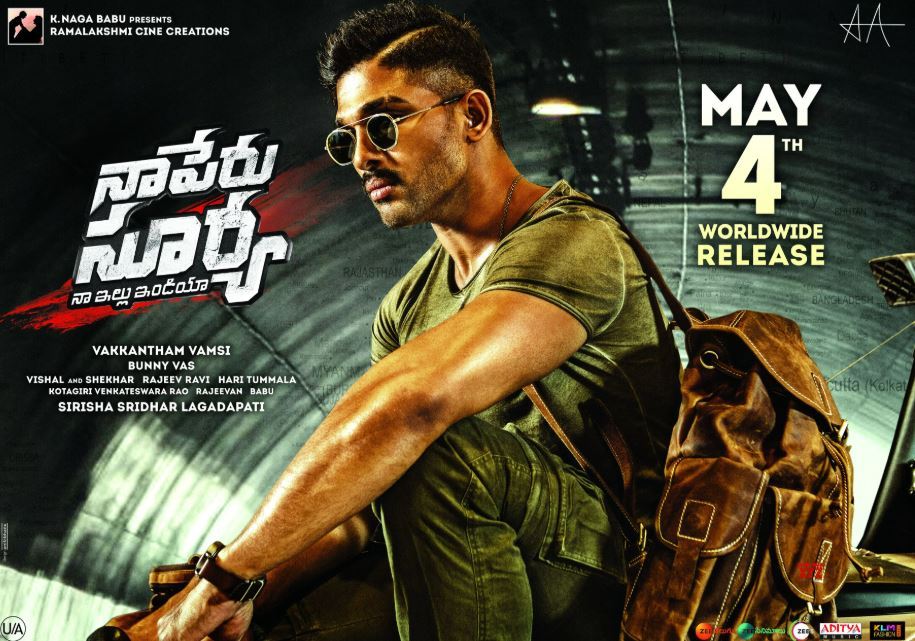 Surya, a quick-tempered soldier, wants to serve the nation at the border, but he is challenged by his father to control his anger, and only then will he get clearance from him. Surya will be able to control his rage by tackling unexpected huddles created by local goons and police. 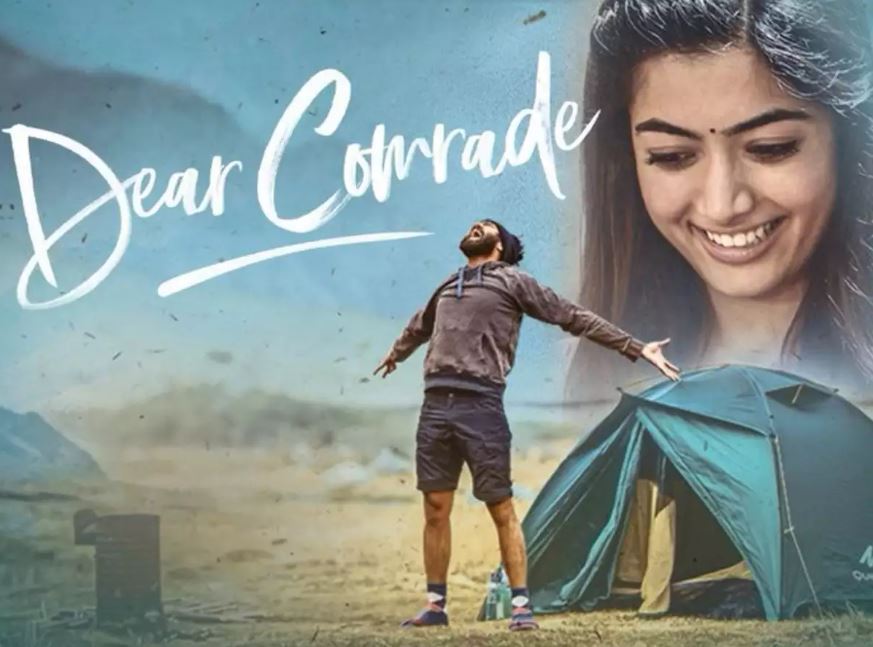 A short-tempered union leader Bobby who can’t handle injustice falls in love with a state-level cricketer Lily. But his principles & anger comes between their union. Whom will Bobby Choose? His love of life or his beliefs? 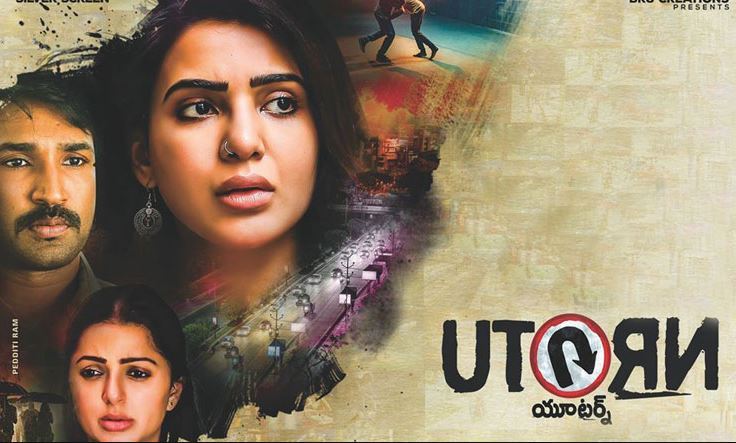 A mysterious-action film revolves around an intern Journalist Rachana (Samantha), and crime reporter Aditya, who is investigating the death of motorists died after violating the rules on a particular flyover by taking a u-turn. Shockingly, Rachana is arrested as a culprit for all the murders and later learns about the real murderer and causes behind all the murders. 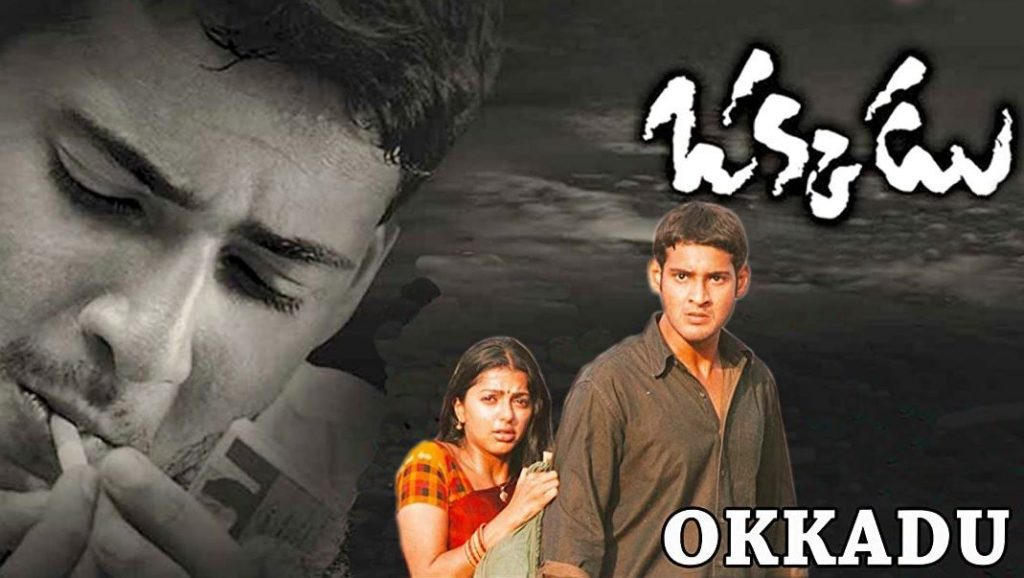 An aspiring Kabaddi player Ajay, saves Swapna in Hyderabad during a match from a factional leader Obul who wants to marry her against her wish. While saving Swapna, Ajay faces so many problems, and Swapna falls in love with him. Will Ajay be able to close the chapter of Obul from Swapna’s life?

1. Which Is The Best South Indian Movie Dubbed In Hindi?

There are a lot of good south Indian movies in Hindi that have gained immense love of the viewers. You can read the article to find 25+ such movies, Bahubali Series, Magadheera, Chandramukhi are a few of them.

2. Is It Easy To Download South Indian Movies That Are Dubbed In Hindi?

The south Indian movies are available on many OTT platforms. We actually have a dedicated section to explain the steps on downloading them.

3. How Can I Watch South Indian Movies In The Hindi Language?

All you have to do is change the audio settings for the movie on the OTT platform. Most of the platforms now support multi-language.

Below we discuss the steps to download some of the best south Indian movies dubbed in Hindi:

Step 1) The obvious thing is to first know the movie you intend to know. You can check the best south Indian movies list on this article and decide in case you’re confused.

Step 2) Now also see the OTT platform that it is released on.

Step 3) Next, get the app of this OTT platform on your phone. You can install it from the App or Play Store.

Step 4) You need to now sign up on the platform. A couple of them may require a paid subscription. But don’t worry as most of them have a free trial pack for a month or so. So you can sign up for that.

Step 5) Now go the search tab or home page to look for the south Indian movie you want to watch.

Step 6) You can now stream the movie online or download it on your device with a tap on the download button.

South Indian Cinema has gained a lot of popularity and gave us some of the best south Indian movies that got dubbed in Hindi and created hype and recognition like Bahubali (Part 1 & 2), KGF Part 1, Sarrainodu, etc. These movies broke all the records of Bollywood movies and emerged as blockbuster movies. Many such popular movies are available for free on youtube & other platforms to binge-watch.